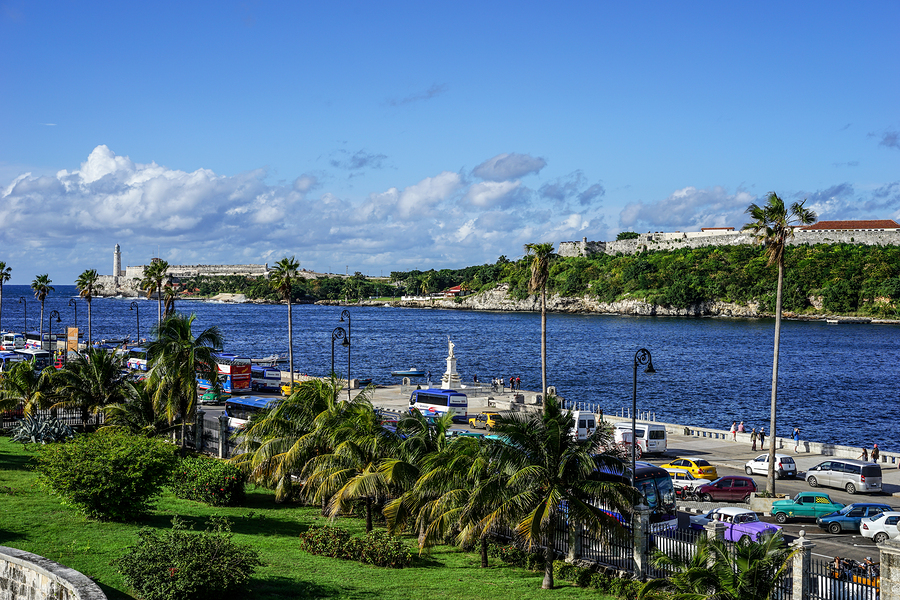 IT’S EMERGING, slowly, from repression, from communism, from poverty, it will take time, but the people have waited this long, they can wait a few more years;

IT’S HISTORICAL, it was colonial, it was conquered, there were a number of revolutions, the people adapted, they survived.

IT’S CHANGING, the government doesn’t own everything any more, they own almost everything but now it’s changing. People can keep what they earn, they can open small “private” businesses, entrepreneurial ship is slowly growing,

All these thoughts come to mind as I reflect on my recent visit to Cuba. As expected I found it one of the most unique countries I have ever visited. Sailing into Havana harbor, from a distance it looks like any other busy harbor. However, walk off the ship and into the old city of Havana, and in a few steps you step back, at least 50 years in time. With the exception of a few recently renovated building facades, there has not been much work done on the city’s infrastructure. Everything needs work. Havana is the home office for 57 Chevys. Old cars abound. New cars……….not so much.

People work, or don’t as they see fit. Everyone who wants a job in Cuba can get one. But, if you don’t want to work, that’s okay too. The government will provide. Everyone gets a ration card and you will be provided the bare essentials in which to live. If you work in a government provided job, your meager salary will supplement your government provided minimum.

And if you work for yourself, which is allowed now on a limited basis, as one of the new class of emerging entrepreneurs, you can make even more. Small private businesses, like restaurants and barber shops are slowly popping up, offering those who are ambitious an opportunity to become successful capitalists.

All of the politics and living standards aside, the people seem generally happy. They want to talk with you, they want to help you, they love music, they love to dance, they love baseball. Despite the standard of living, the system, as a whole seems to work……… not in the capitalist sense or culture, but within the Cuban framework, the human condition seems to work.

On our final day in Havana my son Jonathan and I had the opportunity to explore the city on our own. We had completed our cultural and people to people tours, as required by the Cuban government and we went off on our own.

Our first stop was at a taxi stand where we hired a circa 1950’s Plymouth taxi for a couple of hours. Being Jewish we wanted to visit the local synagogue in Havana. Turns out there is a small, vibrant (about 1,500) Jewish community in Havana. We negotiated a price for the car and told the driver, and guide where we wanted to go.

They really had no idea where the synagogue was. However, these two gentlemen were determined to find out where it was and take us there. Over the course of our trip over to the synagogue, we must have stopped five times to ask directions. The guide even got out of the car a couple of times and walked ahead of our car asking people along his path if they knew where the synagogue was. And, thanks to their determination we found the building.

Jonathan and I were greeted warmly by a number of people in the office of the synagogue who gave us a tour and told us the history of the Jewish community in Cuba. Freedom of religion is truly practiced in Cuba and people are free to observe their faith as they see fit with no fear of religious discrimination. We were told that Jews in Cuba face no anti Semitism and we saw no security of any kind at the entrance to the synagogue. In fact, all entrance doors were unlocked.

All the while our driver and guide waited patiently as we visited. Our private driver, guide and tour could not have worked out any better. The overall experience really represented a true microcosm of our experience in Cuba; warm, friendly, educational and unique.

There is so much more to tell. Our visit to Cuba’s second largest city Santiago de Cuba was magical. It is the home of history, (Teddy Roosevelt, the Rough Riders and San Juan Hill) culture, music, colonialism and revolution. It is a must visit. I could go on and on.

If not now when? Now is the time to go to Cuba. Before it changes……….. and it will, before tourism doubles, before it become Americanized. The change won’t occur overnight but eventually the U.S. dollar will change things in Cuba. It’s still the 1950’s there. Go and see for yourself.