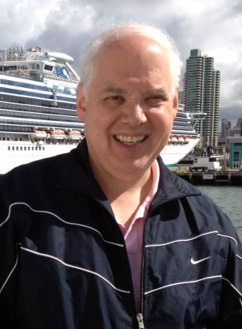 I remember about 25 years ago when my father was reaching retirement age he informed me that the computer age was going to pass him by.   “I don’t understand them and I’m never going to use one” he said.  And he was true to his word, I never saw my father in front of a computer screen, surfing the net or even word processing or emailing.

That was the early 1990’s.  I knew I had to become somewhat proficient with computers.  And I embraced them, especially for  word processing early on and later on for the information fast lane of the internet.  Today, I think I have a basic dexterity with computers.  Not as good as my son who works for Apple, yes, that Apple, but enough to work my way around a computer.

That is until recently.  I have just come to learn that I really know nothing about the computer world.  Let me explain.

For all of you who are members of the Vegas Voyagers you know that we publicize our meetings by posting them in the Vegas Voice.  We have meetings every few months and they are always announced in the paper.  It works pretty well.  We get anywhere between 75 and 150 people at our meetings.

So on the advice of my website administrator I publicized a local Vegas Voyagers meeting in Sun City Anthem “only” online. I posted it on Facebook, sent out an email blast, had some blog writers post it and did not announce it at all in any print publications. Can’t tell you how it worked because as I write this on March 16th, the meeting is scheduled for March 25th.  I will let you know the turnout for this on line computer only publicized event.  I’m cautiously optimistic but skeptical.  I really want it to work.  Unlike my father, I will not let the computer era pass me by.  It might take me a little time to catch up to the present but I will get there.

And, as a true baby boomer I will continue to inform the readers of the Vegas Voice about upcoming meetings the old fashioned way……in the newspaper.  So be on the lookout for our next meeting right here in the Vegas Voice.  Also checkout our website; www.vegasvoyagers.com.  And be sure to look over all the ads telling you all about our upcoming trips.  As always…….happy destinations.