The Traveling Seed is Planted 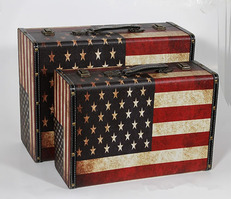 Now the reason this route is as best as I can remember, is because I went on this trip 45 years ago.   For seven weeks in the summer of 1969 I got to travel the length and breadth of the United States as part of a summer teen tour.  I was very fortunate to have parents who could afford me such an opportunity.

Those of you who are old enough might remember that the summer of 1969 was the summer that Neil Armstrong and Buzz Aldrin landed on the moon.  I watched that historic event in a small hotel lobby in Virginia City, Nevada.  It was also the summer of Woodstock.  I didn’t make it to that event as I was only 15 years old and had no interest sleeping out in a rainy open field anyway.  But I hear the music at Woodstock was pretty good.  And for any New York baseball fan it was also the summer of the Miracle New York Mets.  Wow the Mets actually won the World Series.

And that’s how my wanderlust began.  I went to places that summer in the United States I didn’t know were even there like Barrie Vermont, or Cody Wyoming or Salina Kansas.  As for some highlights I visited  Mt. Rushmore, Yellowstone National Park,  the Golden Gate Bridge, Disneyland, the Grand Canyon, Niagara Falls, the Grand Tetons, the Truman Library,  all the sights of Washington D.C. and there were many others.

If you have the time I really do recommend an extended trip like the one that got me started on my love to travel 45 years ago.  It is a true testament to the power of travel, that all these years later I still remember the close to 8,000 mile route we took on our roundtrip journey of the United States.

And if you don’t have that much time travel for a shorter period of time.  Go to places you never have been before and explore.  You won’t be sorry you did.